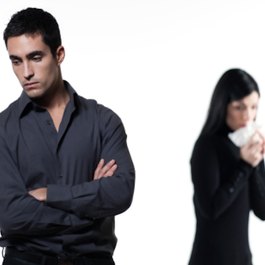 Have you ever felt like your boyfriend/husband just doesn't understand you? Do you feel like you're talking to a wall? Well that's because you are! Haha! What about when you ask him, "how does this look" and his response is always "good". Arggg! In his mind, he just doesn't want to be bothered or is simply trying to avoid an additional explanation. Or at least that's how he comes across. In all honesty, men seem to be very simple minded. Women can be more complex all around. Sometimes we expect them to be like us, because only then will they truly understand us completely. But since that's not happening, here are some ways to effectively communicate with men.
After living with a man for many years, I've truly learned to appreciate the phrase "less is more".These are just a few ways that has helped me effectively communicate with my partner. What are some of your ways?