Why is it that women tend to act like they are not having sex? Is it me or is everyone on a hush hush about this subject? Yes I know .....it's your personal life, but when the subject arise I don't think women should be shy about it.

Growing up my parents never talked about sex. I guess it was a forbidden subject. So I learned about it on the streets. Which in my opinion was not the best place to learn about it. Anyways, we are all adults here so let's talk about sex. 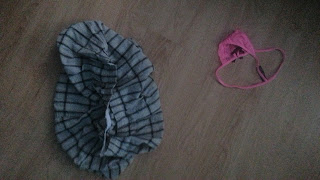 A girlfriend and I were chatting and the subject turned from kids to sex. She explained how her sex life is almost non-existant. She's married and disclosed that they only have sex an average of 4-5 times a month. Some people may be thinking "that is A LOT"!!!lol But she thinks that's a little bit compared to when they first got married.

I'm just a bit curious, and maybe my age has a lot to do with this(20s). But I was thinking, happily married couples should be having sex an average of 3-4 times a week  or more...right? But I've noticed that the older couples get, the less they appear to be sexually active. Unless they are really good at hiding their super freakiness...lol. Who knows!

I was so curious so I asked a woman in her late 50s about her sex life and this is what she said. She explained that when she had just gotten married sex was done only to make babies. After the babies were made, it rapidly ended and so did her desire to have sex.

Wow! This came as a shocker for me. Really! Sex life ended after having kids! Ladies please comment whether married or single...is this true? What are your views on the subject? I look forward to reading your comments. Have a blessed day!
Email Post
Labels: Sex